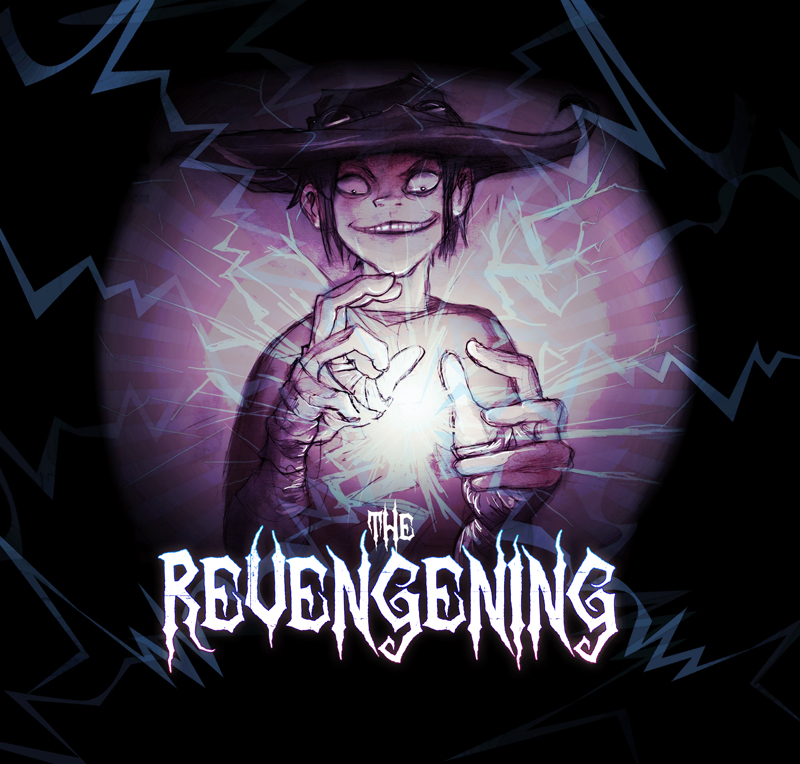 We had 3 different environments in our mod, each with 2 maps, one single player campaign style mission, and one a free-for-all death match arena. Each area had all new and unique models and textures, to set them all apart from each other. They also focused on the different play styles of the races that lived there, from the close range, fire wielding wizards, to the sniping floating monks.

We had 7 different classes in our mod, with their own strengths and weaknesses. Each class had 2 characters with their own biography, to add some personality into the game. The main class was the mage, who can use all magic, and who was taking his revenge against the other factions that destroyed his race's homes.

Mages are all known for their quick tempers, easily flying into a rage.  Their pure anger makes up for what they lack in mana compared to their fellow magic users.

Wizards are the keepers of the more ancient of magics - most of which is so old fashioned nobody would bother with it anybody.  Nobody truly knows how a wizard becomes a wizard, they just suddenly are 70 and fond of large books and long dinners.  It would appear that a long gray beard, uncontrollable hair and knobbly knees are a requirement of entry into the order, but one assumes that they come with the aforementioned fondness of books and so forth when one first becomes a wizard.

Pyro-Chunders are a mix of classical wizard and adolescent pyro with the maturity of the latter. They like burning things, stuff and people.  They make their buildings out of stone purely because it is harder to burn down, but their libraries go through books very quickly.

Whyches are failed models who have starved themselves too early and were too ugly for the catwalk.  They turn to necromancy in an attempt to make what little beauty they have, last forever.  They summon the undead to do their every whim, but as they summon skeletons they feel fat again and eat less still until the only thing keeping them alive is their magic and their stubborn ugliness.

Skeletorn are the re-animated bones of the dead.  Occasionally they escape the mental grasp of the person who summoned them.  When this happens many go on a rampage killing anyone in their path – but sometime they are able to remain logical and only kill those they want to.

You wouldn't think it, but most magical orders have height restrictions.  So every poor sod 5’6” or shorter is unable to join basically any other order than the monks.  As such monks are generally short and despise anyone taller.  That is why they like monkeys - because they're reasonably short too.

When religious types refused to believe that humans were the descendants of monkeys - the ‘Gods themselves’ intervened granting monkeys the use of magic to further link them to humans and solidify the theory of evolution.

The original game had 4 spells; fire, lightning, ice and heal/melee. Two more were added later, a wind spell and a super weapon, Soul Rip. Each spell was designed to be used at various ranges, to mix up different combat styles of the players. 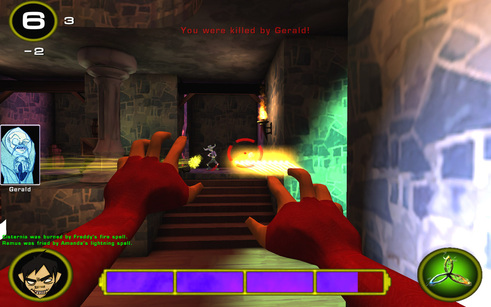 Primary:
Lobs a fireball explodes on impact doing area damage and shooting smaller projectiles.
Secondary:
Sprays a short ranged line of fire, to burn anyone in the immediate vicinity. 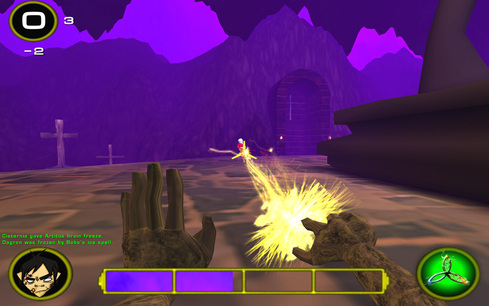 Primary:
Shoots bolts of lightning at a fast rate, but with a lot of inaccuracy, making this best used up close
Secondary:
Hold secondary to charge up a high-damaging bolt of lightning, that is deadly accurate and potentially a one hit kill to your opponent. 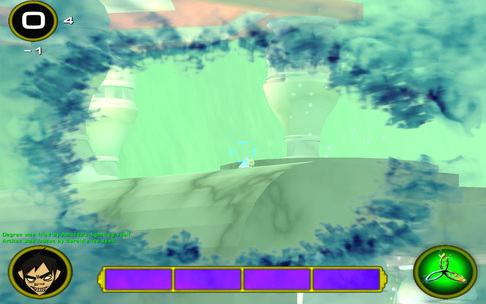 Primary:
Single shot ice bolt, with a low fire rate but large range, an accurate caster able to kill instantly with a head shot.
Secondary:
A lens made of ice forms in the caster's hand, allowing them to zoom in on their opponent for that perfect shot. 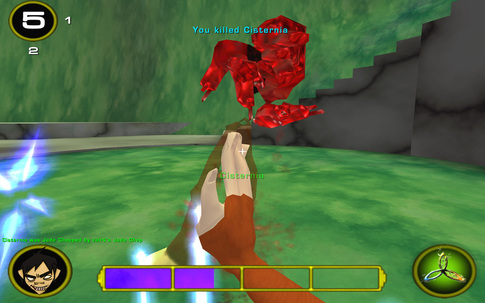 Primary:
Close range melee attack that explodes the enemy to bits if hit.
Secondary:
Slowly restores health at the cost of mana.

Primary:
A large stream of air, does small amount of damage, but pushes the target away, off cliffs or out of range.
Secondary:
A thin stream of air, to pierce through the targets skin causing much more damage. 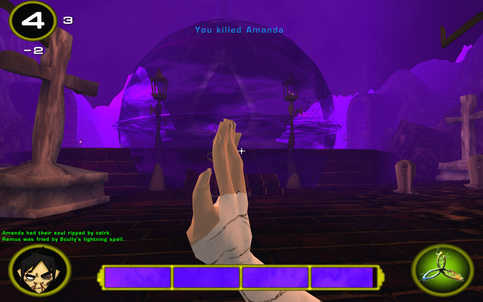 Primary:
A large area of effect ball of souly death emanates from the casters location, instantly ripping the life from enemies, leaving only a dry set of bones behind.