Will add a link to the working project when its published.
Big Forest is a large scale data visualisation tool. It uses the RMIT library database and the IMDB database and represents the books/movies as leaves on a tree. Similar leaves are clustered together based on properties such as their Dewey Decimal code or their genres.

The user can search the tree, which highlights the leaves that relate to their search. This way someone can see how their search query relates to the entire database, and is used to analyse the data rather than a search engine to find specific entries. The tree is able to be grown and shrunk based on the release/publish dates of the data entries, and the user can specify the range of years they want to look at.

I implemented touch controls, so that it can be used on smartphones/tablets when the technology is released to do so. Currently it works on my android phone, but not on iphones or ipads for general use.

The system works with a server running using NodeJS and a MongoDB database to store the books/movies. It uses Socket.io as an interface between the client and the server, for querying and for getting individual book details when the leaves are clicked.
On the client side, the library Three.js is used to aid in the WebGL programming. 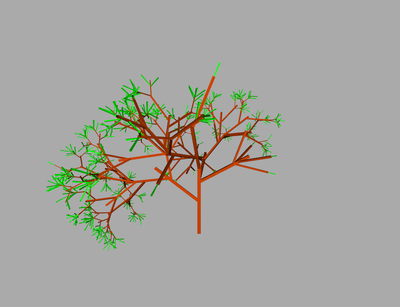 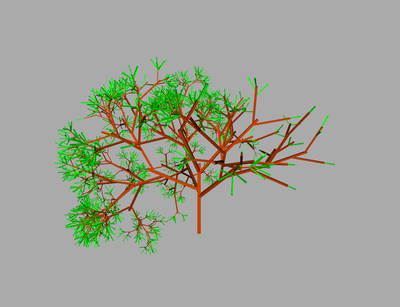 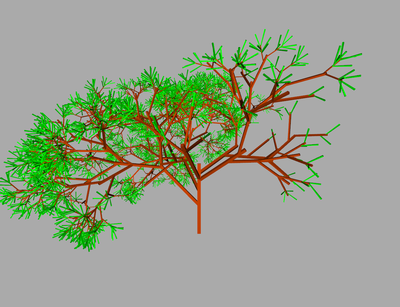 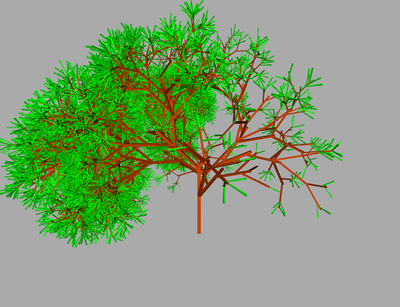 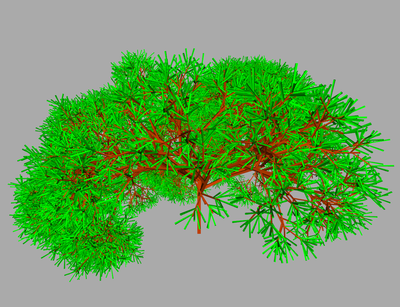 40,000 Leaves
The IMDB Database shown as a tree where each movie/TV show is a leaf. They have been divided based upon their ratings. 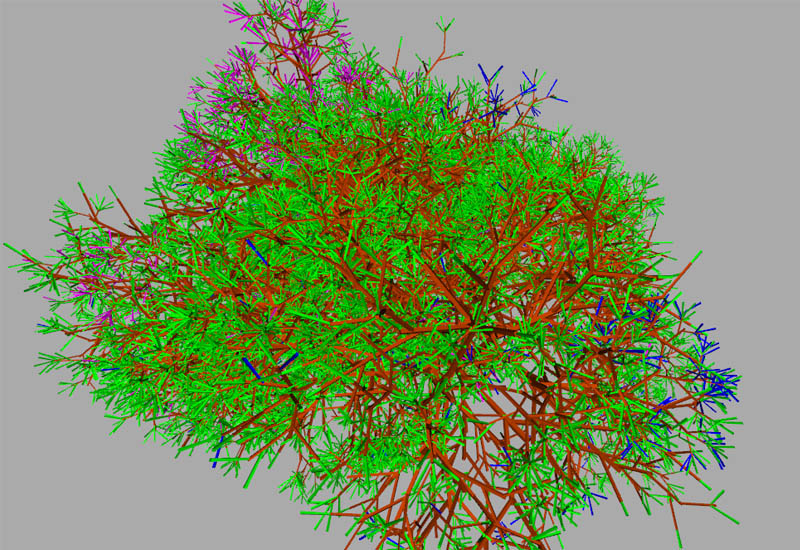 A tree with some searches performed on it